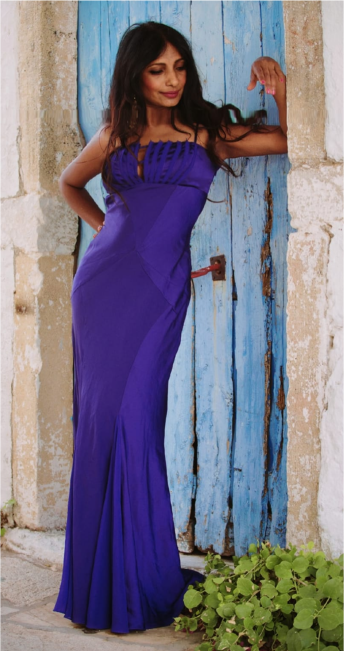 Sangeetha's writing career kicked off rather early. She won the District first prize for her essay on world peace when she was 14. Since then she has been published by Reader's Digest, Savvy, Femina and the Financial Times.

Her career in newspapers and has included being Principal Correspondent with Times of India, Contributing Editor with Living Well magazine, the largest English lifestyle magazine across the midde East for Arab women. She set up and ran the national cultural and tourism magazine for the Kingdom of Jordan, which was nominated for an international British Council Award. She also set up and ran a bilingual magazine for the Mayor of Amman. She also set up and ran the flagship European magazine on innovation and entrepreneurship called The Business Innovator.

She has published : Amman: Story, A Moral Murder and Other Tales From The Blue Hills, The Book of Anglo Indian Tales, and most recently, The Naked Indian Woman. Her books have received excellent reviews in Femina, The Indian Express, The Week, The Hindu, BBC and The Tribune, UK. She was listed as number six on The Landmark List of top twenty new writers to look out for. She was a highly read contributer on the internationally acclaimed , Teabox.com and last year her post on abuse about women titled went viral on the internet. It was recently published by Vidura, the in-house magazine of The Press Institute of India and by Mindsjournal.com.

Sangeetha has been from dfferent parts of the world for many years, helping them overcome the trauma of abuse and oppression, having lived through the same herself. She has conducted workshops on creative writing and women's empowerment in India and spoken on women's issues at confereces in Europe. Her work won her the award of 'Most Inspirational Woman of the Year 2019' and a place on the Haut Monde judging panel for the Mrs India Worldwide contest 2019. in addition, she has spoken at two literary festivals and various book readings in India and abroad.

Sangeetha is currently working on a murder mystery novel, as well as a series of chidren's books and is working on a song with the Belgian Rock band, Indigo Temple. She currently lives in Corfu in Greece, and is waiting for animal rescue number 47 to happen. She contiues to work with victims of abuse and fundraises for an animal charity. She dreams of the day she can have seven German Shepherds, a private jet and an unending stack of funny books to read.